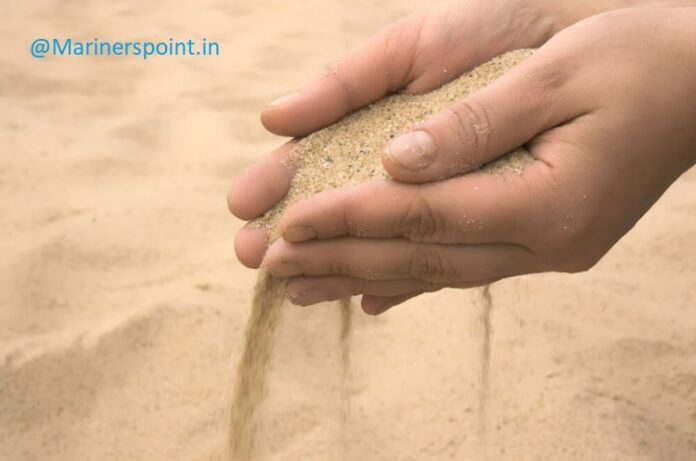 SAND TESTING : In this article we will discuss about the various sand testing methods which are very important to understand in a foundry.

In progressive foundries it is recognized that the foundry sand deserves as much attention as the casting metal. The foundry sand may account for one third of the cost of the finished casting. In modern mass production of sand castings, the moulding sand which constitutes the chief moulding material is therefore, required to be tested periodically in order that control of its composition and properties may be maintained. Test may be either chemical or mechanical.

Chemical tests are used only to determine the undesirable elements in the sand, and in most cases mechanical tests are employed. Table 11.7 shows the average demand for moulding sands.

Grain size of a sand is designated by a number called “grain-fineness number” that indicates the average size as well as proportions of smaller and larger grains in the mixture. A given grain fineness number corresponds to a standard sieve of 280 mm diameter which has the identical number of meshes in it. The test for fineness is conducted by screening sand grains by means of a set of standard sieves that are graded and numbered according to the fineness of their mesh. For most foundry practice, a bank of sieve with the following apertures is the most convenient (Table below ).

The essential mechanical tests include fitness, moisture content, clay content, permeability, strength in compression, and mould hardness. The grain-fineness number is calculated by multiplying the above percentage figures by a constant given, one for each sieve, termed a multiplier. The products of this multiplication are added to obtain a total product. The fineness number is then calculated from the formula :

This test is performed by drying 50 gm of the moist sand to constant weight between 105° C and 1100°C in uniformly heated oven, cooling to room temperature in a desiccator and then weighing the dry sample. The difference between the moist and dry weights of the sample in grams divided by 50 gm gives the percentage of moisture content in the given sand.

An instrument called the moisture teller is widely used in modern foundries. The instrument blows hot air through the moist sand in a pan, the bottom of which is made of 500-mesh metal screen. The sand sample is spread over the pan in a thin layer, and hot air is blown for a period of approximately three minutes through a 50 gm sample. The moisture is effectively removed and a precision balance determines the loss in weight of the sample.

A portable instrument called the moistmeter enables the user to determine the moisture content of a sand almost instantly. The two arms of the instrument are inserted in the given sample of moulding sand held in a container, and a small electric current, supplied from a dry battery in the handle, is passed through the moist sand. The wetter the sand, the more easily the current flows, and the deflection of an indicator gives a measure of the moisture content.

This sand testing method for determining the clay-content of moulding sands consists of agitating the sand in water so as to separate the clay from the sand particles and then removing the clay which remains suspended in water. The material which fails to settle within a period of 5 minutes in distilled water at room temperature is designated as a clay substance.

The equipment necessary for determining the percentage of clay in moulding sands consists of a drying oven, a balance and weights, and a sand washer. A small quantity of sand, thoroughly dried out of a sample of 50 gm, is selected and placed in a wash bottle. Then 47 cc of distilled water and 25 cc of a 3 per cent caustic soda solution are added to this sand.

The mixture is stirred for 5 minutes in a rapid sand stirrer or 1 hour if a rotating sand washer is used and allowed to stand for 5 minutes to permit the larger particles of sand grains to settle. Next, most of the solution on top is siphoned off and discarded, removing the clay which fails to settle. This operation is repeated until the water is clear after a 5 minutes settling period.

The bottle is finally placed in the oven, and after the sand is dried out a sample is weighed. The percentage of clay is determined by the difference in the initial and final weights of the sample.

Permeability is measured by the quantity of air that will pass through a standard specimen of the sand under a given pressure in a prescribed time. The permeability apparatus uses the standard rammed 5.08 cm diameter by 5.08 cm height test piece.

A permeability meter, as shown in Fig. above, has a cylindrical water tank in which an inverted bell or air holder, properly balanced, is floating. By properly opening the three-way valve, air which is trapped under the bell will flow through the sand specimen as shown. Mercury around the bottom of the specimen tube provides an air tight seal. The pressure of this air is obtained with the water manometer and the straight scale. It should be close to 10 cm of water which correspond to a pressure of 10 gm per cm².

Since v, h, p, and a are contant, this formula reduces to

Several tests have been devised to test the holding power of various bonding materials in green and dry sand. Compression sand testing are the most common although tension, shear and transverse tests are sometimes used.

The green compressive strength (kgf/cm2) of a foundry sand is maximum compressive strength a mixture is capable of developing when moist. The rammed sand specimen 5.08 cm high x 5.08 cm diameter, is pushed out of the specimen tube and placed with the end that was uppermost in ramming against the upper plate of a universal sand strength machine.

The machine is so constructed that it registered a continuously increasing load until rupture of the specimen takes place. The load is applied at a rate of about 2 kgf/cm2 until the specimen breaks. The compression value is read directly on the green compression scale of the testing machine.

This type of sand testing is performed by a mould hardness tester in the foundry to determine how hard a mould has been rammed. The tester is about the size of a pocket watch and the hardness test can be made within a few seconds. It operates on the same principle as a Brinell hardness into the surface of the mould and the depth of penetration is indicated on the dial of the tester in hundredths of a millimeter. The hardness can also be read on another scale in kgf/cm2.

We covered all the types of sand testing method that are used. Different sand testing equipment are used for this purpose. Hope you liked this article. Give your feedbacks in comment below.